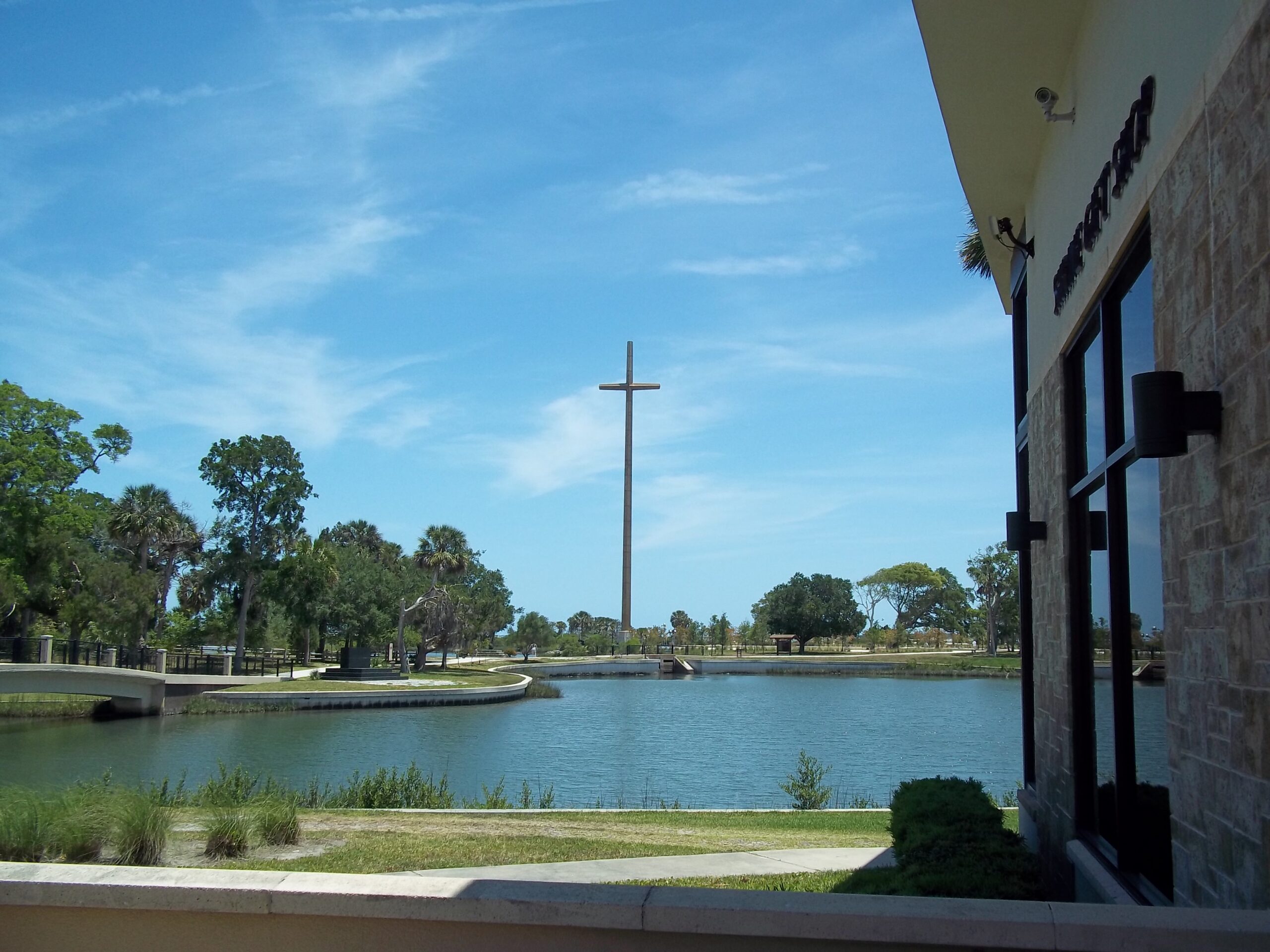 It is fitting that this exhibit begins in St. Augustine, FL at Mission Nombre de Dios (Name of God) not only because its the oldest European-founded city in N. America but because this site is where the first Christian worship service took place. In the words of the Roman Catholic Church which the Spanish represented, it was the first “mass.” This cross at Mission Nombre de Dios rises about 200 ft high and is built out of metal.

On the west side of Orlando on Good Shepherd Rd. very visible from the East-West Expressway is the Church of the Cross. Its large white cross rises this nearly 200 ft. high.

The founding Archivist happened to pass the next one on Interstate 70 in Effingham, IL several times while studying at the University of Illinois (2015-2016, when traveling to and from FL). So this is the next one exhibited:

As we discover more crosses around and over America, we plan to exhibit them here. Check back here periodically for new discoveries. This exhibit is a good example that the ACA is just just exhibiting from it own collections. But in this case, it is like a community effort. It is exhibiting Christian heritage that is literally visible to tens of thousands of people every year. They stand as a testament to the Christian faith and the resolve to have permanence in this Land-America! the Land of the Free and the Brave.